AGE OF THE SUN

The Age of the Sun is an Age that represents who we really are.  It appears that present time is backward and separated but in truth it is not.  Many souls deliberately choose to live in disorder to bring forth a greater order.  This sounds strange at first reading but it is truth.  All came forth out of disorder and gradually moves back into a state of reality which they call order. What I am expressing contradicts how you may interpret order.  Order as we think of it in matter can be the opposite of what Is.

I will try to clarify my understanding.  That which is free appears to be disorder but when it is categorized it becomes order.  I do not wish to confuse you but creation is actually quite different than humans perceive it to be.  Take the time to stop and study the stars at night.  Is there truly an order to creation?   No, each is doing its own ‘thing’ so to speak but taken as a whole…it may appear as order.

Looking at this from another view…when we walk through the woods is everything in order?  No.  If we walk through a manicured English garden it is.  Now, if everything that is natural in its original state becomes organized through individual thought and action then you have taken disorder and created order.  I know this may sound strange to many but it is truth.  Disorder is the natural state.

Now taking this a step forward, look at not only nature but also your own life.  If you organize everything, categorize it; you can lose the essence of it.  Yes, most of us like to be organized but organization from a human perspective does not necessarily mean free flowing energy nor does it mean that it is a genuine creation.  Now that I have confused you more why not think of yourself as a light, a being, an essence who has chosen to exist in order to find out how it can return to a natural state of disorder?

Disorder does not imply war, negativity or any corrupted thought or action.  It implies the natural state of being open, free and recognizing the oneness of all nature and all creation regardless of vibration or appearance.   Disorder is not a material creation that a human can manufacture but a creation that is free and embraces All as part of its beingness.  Artists usually understand what I am attempting to express.

The Age of the Sun is gradually emerging.  The Age involves a breaking up of the order that humans judge as normal and allowing room for the disorder of the natural beauty of light and sublime energy of love to come forth in all its power and glory.  For that to happen where we are actually one with nature and all life, the order that has worked against humanity will be replaced with a disorder similar to the stars or the natural state of a wooded area.

There is no real time and space…only the present state of disorder, which the majority has forgotten.  So…do not fear the upheavals of nature, She is restoring her Body to disorder…a natural state.   The Age of the Sun happens when we become artists at living.  An artist at living resonates to the natural and not the artificial.  An artist at living embraces variety and differences because he/she intuitively understands that everything is already one although it appears not to be.

When humanity finally grasps the thought that we are all stars appearing as dust blown this way and that on earth, it will rejoice and embrace diversity.  This diversity includes a past, a present and a future that is all one and the same.  The sameness is another word for cycles or loops that are ongoing.  Finite mind cannot describe God, the Infinite.  It is impossible!   To understand what I am writing, you must feel it and not try to bring order into the words.

Everything simply is and will continue.  Each of us is playing a role over and over again until we either get it straight or tire of the process.  It is our choice.  Those of us who are in the ‘arts’ sometimes have a better understanding of a drama that consists of loops and spirals.  There is nothing to worry about because we have done this before and will very likely do it again.  This is one of the reasons why we can ‘visit’ the past and travel into the future possibilities.  It all exists simultaneously.

Many through the expansiveness of the mind, soul and subtle bodies travel back and forth through what we refer to as space and time.  What about the physical body as we know it? Once we become familiar with the science of Light and learn how we can manipulate matter, more of us will tangibly accomplish this controversial possibility.  It may sound extreme but to those who already know how to manipulate matter, it is accepted as a reality available for use.  As an example, there exist healers who have the ability to move their own physical hand through the flesh, bones, muscles and so forth of a human body and remove and make the necessary corrections.  Just because a person has not had an experience of this type does not mean the reality of it does not exist.

The Age of the Sun has been experienced many times before.  It is a way of demonstrating more of the reality of Nature as She speaks to us.  During the Age of the Sun, a greater burst of radiant Light is available to the masses and not just the few.  It is a time period when we have the freedom to blossom and shine and connect in a way that is sorely missing during the experience of a cycle of darkness.  Humanity has been lingering in darkness for a long time and the souls are struggling to move out of the cycle of the night into the cycle of the day, the Age of the Sun.

To understand this message…it must be approached with an open mind and heart accepting the fact that consciously, we know very little. 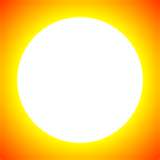